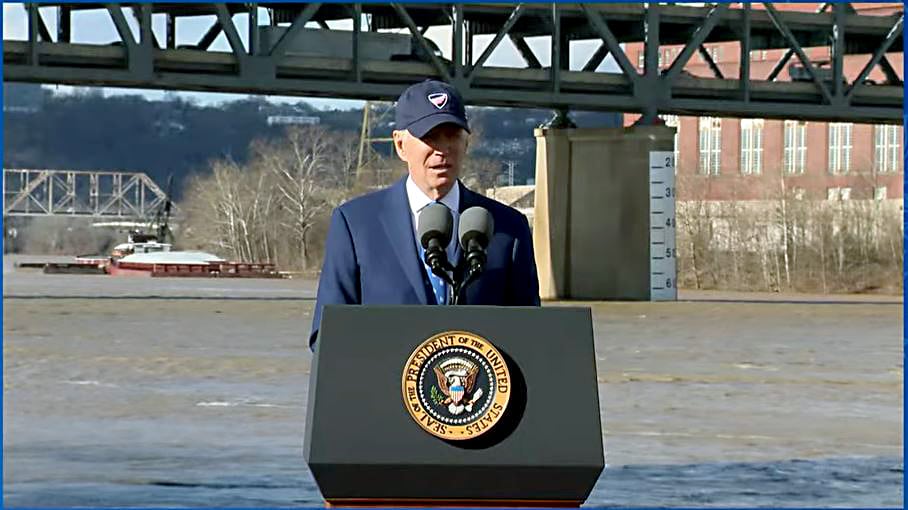 “For decades, people have talked about the Brent Spence Bridge,” President Biden said. “The talking is over.” Federal funding came from the 2021 Infrastructure Investment and Jobs Act (IIJA). Senator McConnell called the northern Kentucky bridge project the bill’s “crowning accomplishment.” Biden noted that the bill delivered record funding for landmark infrastructure projects, and he praised McConnell for helping secure the financing for the Brent Spence Bridge. “It wouldn’t have happened without your hand,” he remarked.

McConnell, Kentucky Governor Andy Beshear, Ohio Governor Mike DeWine, and other local, state, and federal officials joined the president on the riverbank for Wednesday’s news conference. Biden told the crowd the current bridge was built more than half a century ago. It now carries more than double the traffic it was designed to handle. He promised Kentuckians will have a “safer, easier commute” once the project is complete in 2029.

Officials expect to break ground on the project later this year.