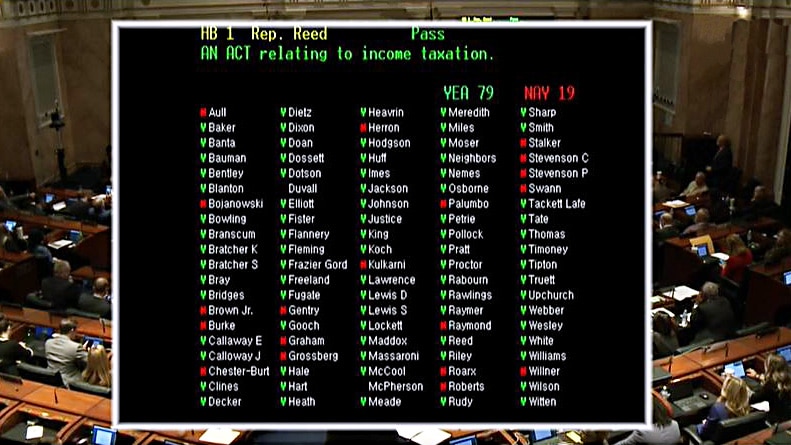 Democrats questioned the cost and impact on the state’s budget. Committee Chairman Jason Petrie (R-Elkton), who co-sponsored the bill, assured members the state currently has a cushion in its revenue stream. “We are putting money in the budget reserve trust fund because we are budgeting below our means,” Petrie stated.

Speaking on the House floor, Reed said, “We are budgeting to our needs, not our wants.” He called it a “glorious day” for new legislators that the first bill passed in the 2023 session is one that reduces taxes for citizens.

Last year’s House Bill 8 outlined certain requirements that the state would have to hit for such a tax reduction to take effect. Petrie pointed out that the Office of State Budget Director confirmed the state met the criteria. Additionally, he noted that the state had significant budget surpluses in recent years, established a healthy rainy-day fund, and put a record amount of funds into the unemployment insurance trust. “Are we in favor of returning money the state does not need?” he remarked. “We don’t need the money in state government.”

The bill now goes to the Senate, which is expected to take it up when the session resumes on Feb. 7. Legislators will meet again on Friday before breaking, which the constitution requires for the odd-year, 30-day session.

The House also passed House Bill 2, which appropriates $16.6 million to the Bowling Green Veterans’ Center, and House Bill 11. That measure removes $17.4 million from the Transportation Cabinet budget ‒ money originally appropriated for electric vehicle charging that is no longer needed. The House passed both bills and Senate Bill 10 unanimously. It delays the implementation of a measure legislators passed last year that requires professional employer organizations to register with the Department of Workers’ Claims.