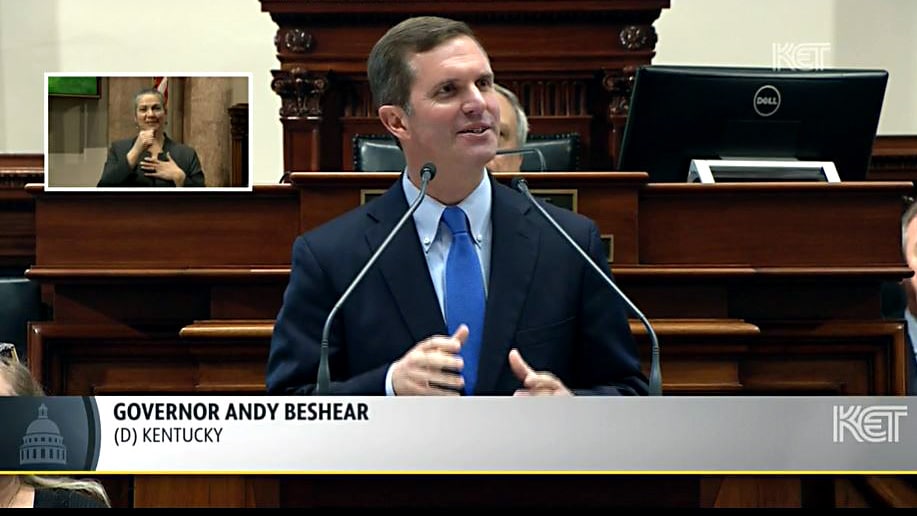 Governor Andy Beshear called the state of the commonwealth “strong” on Wednesday night in his yearly address. In a speech to legislators and the state from the floor of the House of Representatives, Beshear talked about a recent boom in investments and jobs that he said created “the best two-year period for economic growth in state history.”

Beshear acknowledged the unprecedented challenges Kentucky has faced in his tenure, from a global pandemic to the deadly western Kentucky tornadoes and eastern Kentucky flooding. He stated that despite the tragedy, “Our future is bright.” He pointed to state efforts underway to help the recovery. “The task that remains is the long-term rebuilding,” he said. “We know there is still much work to be done.”

The challenges have not hampered the state’s growth. Beshear noted that the past two years brought 800 new projects, $24 billion in new investments, and 42,600 new full-time jobs. “They are really good jobs,” he added. “What I love most about these investments is that they are spread out all over Kentucky.”

Beshear mentioned President Joe Biden’s visit to Kentucky on Wednesday to herald plans to proceed with the Brent Spence Bridge Companion Project. He noted that Kentucky reported the fourth-largest budget surplus in state history and has a growing rainy-day fund.

The governor outlined his legislative priorities, including a 5% raise for teachers, medical cannabis, sports betting, and universal preschool. Beshear also called on the legislature to provide new laws and funding for juvenile justice reform. Republican legislators have spoken out about the Justice Cabinet’s handling of juvenile offenders.

Additionally, he called on legislators to give state employees a raise and state retirees a 1.5% increase in pension payments. He also said he wanted to apply $100 million of the state’s budget surplus to the state pension system’s unfunded liability and another $100 million to the teacher’s retirement system.