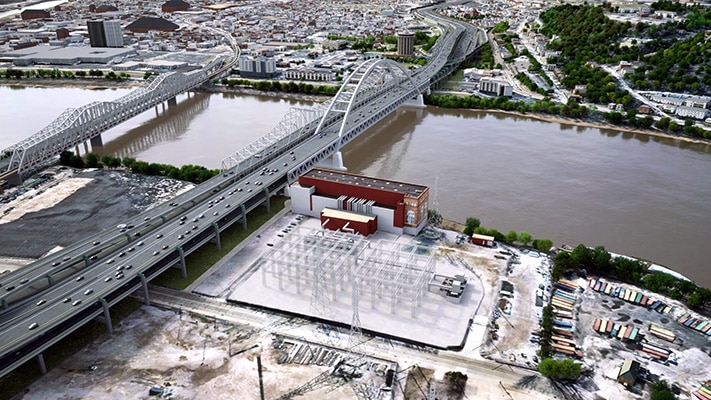 Kentucky Governor Andy Beshear, Ohio Governor Mike DeWine, and Kentucky Senator Mitch McConnell announced Thursday that the Brent Spence Bridge Corridor Project is moving toward construction after receiving more than $1.6 billion in federal funding. The states expect to break ground on the project in late 2023, with substantial completion slated for 2029.

“I’m thrilled the time has finally come for us to get the companion bridge built,” Governor Beshear said. “Once complete, drivers will have a more enjoyable and efficient drive, and we’ll have the infrastructure in place to support the booming economy in this part of the state. Hats off to the Kentucky Transportation Cabinet and Ohio Department of Transportation, and the countless partners and advocates who played a role in today’s monumental achievement, including the Kentucky General Assembly for the last budget allocation and Sen. McConnell for supporting the federal legislation.”

The federal funding came from last year’s Infrastructure Investment and Jobs Act (IIJA). Senator McConnell noted that the bill delivered record funding for landmark infrastructure projects. “Building a new companion bridge on the Brent Spence Bridge corridor will be one of the bill’s crowning accomplishments, bringing long-awaited safety improvements, traffic relief, and rejuvenated commerce to Northern Kentucky and Southwestern Ohio,” he remarked. “For decades, inadequate capacity on the aging Brent Spence Bridge has created headaches for drivers traveling between Kentucky and Ohio.”

“Ohio and Kentucky have been discussing the Brent Spence Bridge Corridor Project for almost two decades, and now, we can finally move beyond the talk and get to work,” Governor DeWine added.

The project includes a new companion bridge to the west of the existing Brent Spence Bridge, improvements to the current bridge and road network that ties into each river crossing, enhanced pedestrian and bicycle crossings and facilities, and a new storm sewer system on the Kentucky side to reduce flooding and improve local roads.

The Brent Spence Bridge was constructed in the 1960s to carry around 80,000 vehicles a day, but the daily traffic load on Interstate Highways 75 and 71 has reached 160,000 vehicles in recent years.