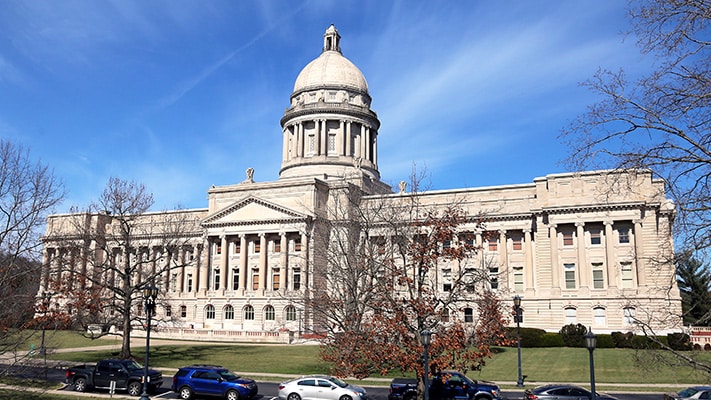 The Public Pension Oversight Board will send a letter to the Legislative Oversight and Investigations Committee seeking a formal legislative review of a lawsuit filed last week against the Kentucky Public Pensions Authority (KPPA). Former KPPS Chief Investment Officer Steven Herbert filed a whistleblower lawsuit in Franklin Circuit Court alleging he was let go after raising concerns about oversight of pension funds. On Monday afternoon, PPOB unanimously voted to request a review of the claim.

“We’re not predicting, but we have a responsibility to the citizens of the commonwealth to review the facts of the case and do an investigation,” stated PPOB co-chair Representative James Tipton (R-Taylorsville). He stressed that the Legislative Oversight and Investigations Committee has subpoena power. That committee does not have a meeting scheduled for December.

KPPA Staff Attorney Supervisor Carrie Bass responded to questions from PPOB members with a statement. “The complaint filed by former employee Steven Herbert contains demonstratively false allegations. KPPA regrets that it will be forced to spend resources to defend against Mr. Herbert’s lawsuit, but the KPPA is confident in the defense of the claims that Mr. Herbert has asserted.” Bass said she could provide no further comment.

In his lawsuit, Herbert claims he immediately saw “problems” with how KPPA administered funds when he assumed office in January 2021. Additionally, he claims the County Employees Retirement System (CERS) CEO and Investment Committee raised concerns in a September 2021 memo about fund transfers.

Herbert alleges that KPPA would not allow him to investigate and reprimanded him for taking action before terminating him on May 31, 2022. You can read the lawsuit here.

Tipton stressed at Monday’s PPOB meeting that a lawsuit only provides one side of a story, but he noted that the allegations were serious enough to warrant legislative action.

PPOB also discussed a proposal to provide a one-time cost of living adjustment (COLA) for retirees. Representative Buddy Wheatley (D-Covington) prefiled a bill for the 2023 Regular Session but lost his seat in the General Election. Wheatley proposes giving retirees a one-time payment that does not compound in the form of an extra 13th check in 2023 and 2024.

PPOB co-chair Senator Jimmy Higdon (R-Lebanon) noted that any such action on behalf of CERS retirees would require a discussion with the Kentucky League of Cities (KLC), the Kentucky Association of Counties (KACo), and other stakeholders. He stressed that with CERS, “The liability for them lies strictly with the cities and the counties.”

Senator Damon Thayer (R-Georgetown) pointed out that 2023 is not a budget year, and any such move to provide an extra payment to retirees would require an appropriation. Wheatley estimated the cost for the state at $326 million a year, which he advocated should come from the Budget Reserve Trust Fund.