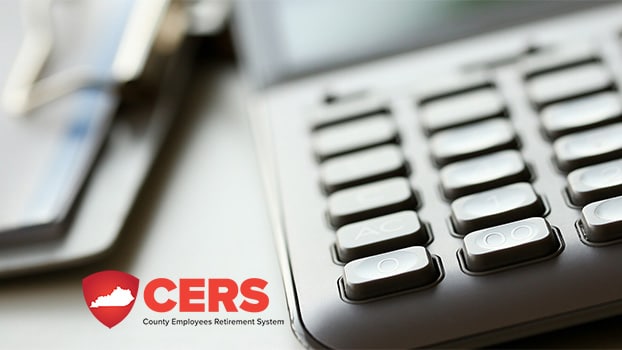 The County Employees Retirement System (CERS) Board of Trustees discussed employer contribution rates and a possible cost of living adjustment (COLA) for retirees during a special meeting Wednesday afternoon.

The CERS pension system currently uses a 6.25% discount rate ‒ its assumed rate of return. White explained the current rate is 0.85% below the median rate of 7.10%. The former Kentucky Retirement Systems (KRS) Board of Trustees set the rate in 2017 after making drastic cuts to various assumptions.

A KLC phase-in measure legislators passed in the 2018 session lessened the impact on local governments. That phase-in is now complete, and employer rates are scheduled to drop to 23.34% for nonhazardous and 43.69% for hazardous when Fiscal Year 2024 begins on July 1, 2023. You can see projections through FY 2052 here.

CERS Board Chairman Betty Pendergrass sought feedback from Wilshire and the board on freezing rates for the next five years. Pendergrass noted that keeping the rate at FY 2024 levels would help shore up the system and give employers set information. “The question that I get over and over again is, ‘What are the rates going to be next year or the year after?’” she said. “They’re looking for some predictability.”

White stated rates would drop half a percentage point yearly for nonhazardous and one percentage point for hazardous after the five-year period. “It’s the benefit of paying more upfront instead of letting the rate decrease,” he remarked.

However, not all CERS board members were on board with the idea. Board member Martin Milkman questioned if employers have been asked about such an approach. Pendergrass responded, “We have had some initial conversations.”

Members pointed out that the rate could never be less than the actuarily determined amount, meaning it could be higher than FY 2024 rates throughout the five years. Former Greensburg Mayor George “Lisle” Cheatham voiced concern about the impact on local governments. “To sit here and front load it on the backs of not just the taxpayers and the organizations to give a little bit of a hedge, I don’t think is fair to the employers,” he said. “I don’t think it’s fair to the taxpayers when we’re doing it at an inflated dollar cost now that would be less 20 years down the road.”

CERS elected representative Jerry Powell argued that such a change could hurt the growth and operation of cities and impact employees.

Pendergrass remarked on recent questions about a possible COLA for retirees. While she acknowledged that the board needs to look at providing benefits to beneficiaries, she added that it had to occur “in an appropriate manner.” Pendergrass said that could take a couple of years to develop.

Wilshire will report to the board in January and conduct an official actuarial valuation of CERS rates in June.