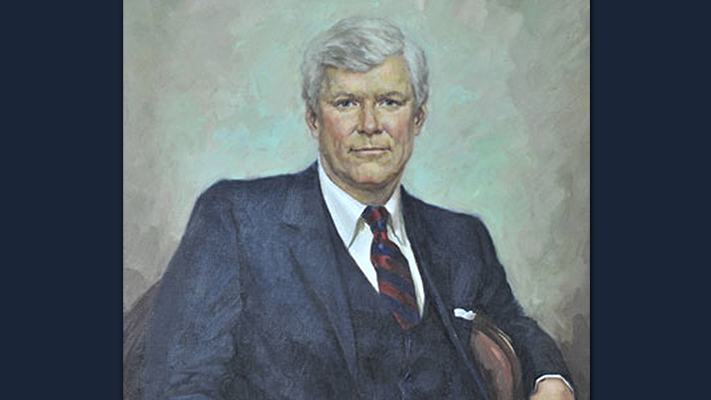 Former Kentucky Governor John Y. Brown Jr. passed away at the age of 88. He served as the 55th governor from 1979 to 1983. Brown was also well known for building the Kentucky Fried Chicken legacy.

Governor Andy Beshear called the former Democratic governor “a remarkable leader who was committed to serving the people of Kentucky.”

“Our Dad, John Y. Brown Jr., not only dreamed the impossible dream, he lived it until the very end. His positive attitude and zest for life was unrivaled and allowed him to beat the odds many times over. Every day was an exciting adventure for him. He was a true Kentucky original who beamed with pride for his home state and its people. He had many prominent accomplishments, but most of all, he loved his family with all of his heart, and we, in turn, loved him with all of our hearts. We are heartbroken by his passing but find comfort in what he wrote in one of his final days, ‘I have never been so happy.’”

Beshear ordered state flags at half-staff until sunset on the day of interment. Brown will lie in state in the Capitol Rotunda, where his visitation will take place on Tuesday, Nov. 29. The funeral service will be held in the Capitol on Wednesday, Nov. 30 at 3 p.m. EST.

“As one of the chief investors to purchase Kentucky Fried Chicken from Harland Sanders in 1964, he took one of the commonwealth’s signature businesses and made it a global household name,” responded Senator Mitch McConnell. “Later in life, he applied his private sector prowess to government, promising to run Kentucky with the same discipline and creativity that had made his various enterprises thrive. Our prayers are with Governor Brown’s four children and all others who knew and loved this legendary businessman and statesman.”

Kentucky House Speaker David Osborne (R-Prospect) called Brown an “accomplished businessman, astute politician, and great friend to many.” He added, “He was an iconic Kentuckian whose time in the Governor’s Mansion left us with a greater sense of pride in our commonwealth and optimism about our future.”