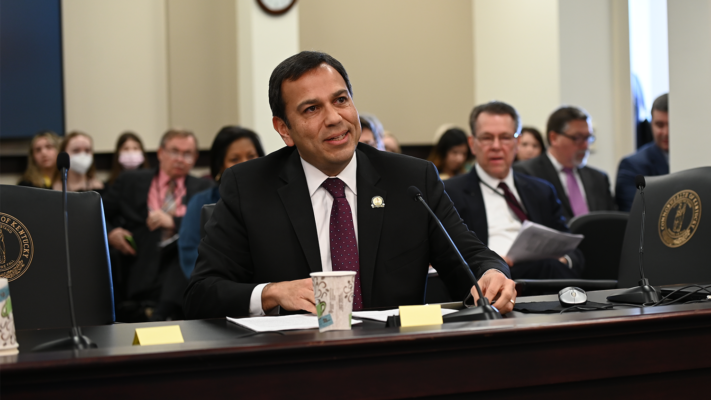 Kentucky State Senator Ralph Alvarado (R-Winchester) is moving to Tennessee to lead the Tennessee Department of Health. Tennessee Governor Bill Lee announced Alvarado’s appointment as commissioner on Tuesday. Alvarado, a Winchester physician, has served in the Kentucky Senate since 2015. He will begin his new role in Tennessee on Jan. 16.

Governor Lee called Dr. Alvarado “well-positioned to lead the Department of Health.” Alvarado thanked the governor for the opportunity. “It’s an honor to join Governor Lee’s team to advance health and prosperity for every Tennessean,” he said. “I appreciate this opportunity and look forward to serving individuals and families across the Volunteer State.”

Alvarado is chairman of the Senate Health and Welfare Committee and serves on the Senate State and Local Government and Banking and Insurance Committees. His resignation from the Senate will cause a special election in the 28th District, which covers the cities of Camargo, Frenchburg, Jeffersonville, Lexington, Mount Sterling, Owingsville, Salt Lick, Sharpsburg, and Winchester.

Senate President Robert Stivers (R-Manchester) said Alvarado will serve through the first week of the 2023 Regular Session, which begins Jan. 3. “His presence is critical to the start of our 2023 session because historically, key legislation has been crafted and passed at this time,” Stivers said in a statement.

He added his appreciation for Alvarado’s service. “Senator Alvarado has been among the most effective legislators in the Kentucky General Assembly, and we have leaned trustingly on his expertise and insight on health policy matters and so much more. His fingerprints are deeply embedded in the many successes Kentucky has experienced this past decade.”

KLC Executive Director|CEO James D. Chaney thanked Senator Alvarado for his years of support. “Senator Alvarado has been a strong advocate on issues important to cities in his district and across the state. Without his support, we would not have been as successful in addressing key issues such as CERS separation and EMS concerns. We appreciate all of his hard work and dedication and wish him the best in his new role in Tennessee.”