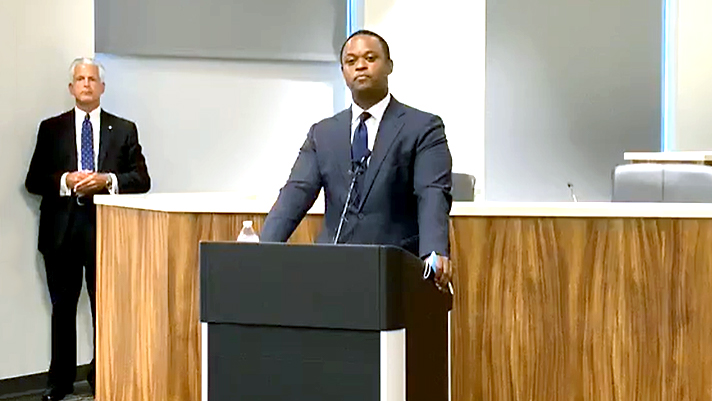 For the first time since announcing its formation, Kentucky Attorney General Daniel Cameron convened his Search Warrant Task Force. The 18-member panel includes Kentucky League of Cities representative and Elizabethtown Mayor Jeff Gregory. Gregory, a retired state trooper, will serve as the task force meets over the next seven months.

“I would love to see some uniformity in the search warrant process from the officers all the way to the judge signing it and then executing the warrants in all 120 counties of the state,” Gregory told task force members.

Gregory expressed a desire to inform the public. “It’s important that we have an educational component as well and we educate the civilian population on the process so that they understand how things are to be performed”, he said.

Former Louisville Metro Councilwoman Denise Bentley also serves on the task force. She pointed out that she is likely the only member without a legal background. She hopes to assist the task force with her community connections and understanding of the community.

“I think we need to go into this process understanding that there is not a one size fits all,” she said. “So many people expect that the outcomes will be like an episode of ‘Law and Order’ or ‘Chicago PD,’ and we know that is not how it happens and that it does not happen in a one-hour window.”

“I’m a big fan of President Stivers’ very solid update to no-knock warrant execution and use of those in, I think, a very careful and wise way,” he said. “I’m eager to see what sort of opportunities there are for additional investment and use of technology to make things more efficient and simpler.”

Cameron has called for the task force to meet each month and wants recommendations ready before the General Assembly convenes in January. Their next scheduled meeting is June 21 in Richmond.