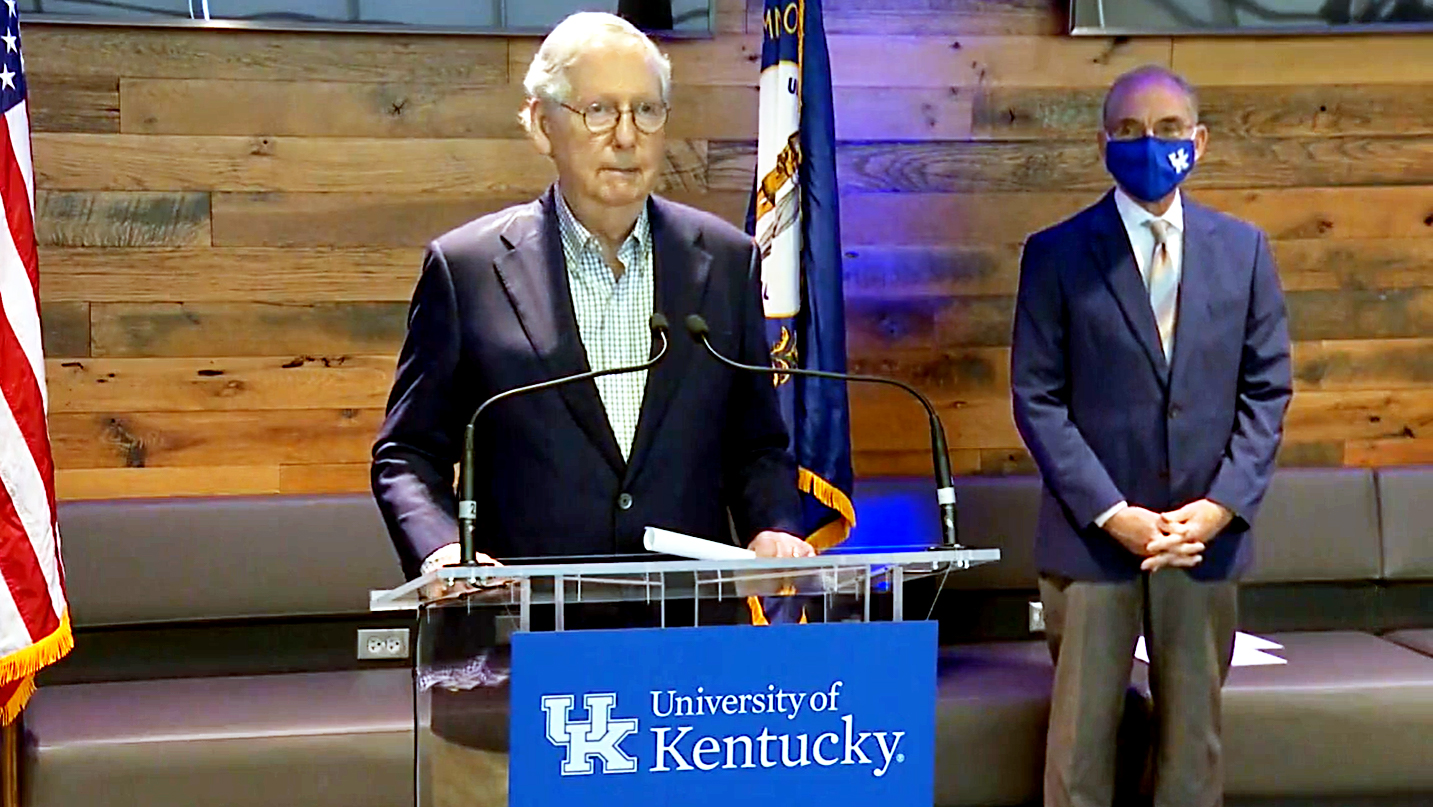 UK President Dr. Eli Capilouto noted that medical staff will administer the university’s 200,000th vaccine on campus this week; 1.4 million Kentuckians have received at least their first shot. However, McConnell wants to see Kentucky’s vaccination percentage improve. He pointed out that about 75% of the state’s population will have to receive the shot to reach herd immunity. “The only way to finally end this is with the vaccine,” McConnell stressed.

McConnell acknowledged reports that some Republicans, especially men, seem reluctant to get the shot. McConnell stated that as a Republican male he was happy to receive the vaccine. “I got the vaccine as soon as I was eligible and would encourage everyone else to do it.” He added, “These reservations need to be put aside.”

Starting today, any Kentuckian age 16 and older can receive a COVID vaccine. The University of Louisville plans to open what will become the state’s largest vaccination site on April 12 at Cardinal Stadium. Governor Andy Beshear said at a Monday afternoon news conference that the state is seeing “a slowing in demand” for the vaccine.

Kentuckians can find vaccination sites and learn which locations have open reservations at vaccine.ky.gov.

While the state’s recent decline in new cases leveled off, the governor indicated that the positivity rate appears to have hit a plateau at below 3%. He called the fact “concerning” and warned about another possible escalation in cases. Monday’s report included 110 new cases, but the governor remarked that the holiday weekend may result in delayed reports from some laboratories. Monday’s positivity rate was 2.9%.

The governor also announced on Monday that he signed an executive order establishing a task force to investigate unemployment fraud in the state. The Kentucky Unemployment Insurance Fraud Detection and Prevention Task Force will include the Kentucky State Police, Homeland Security, Transportation Cabinet, and state and federal investigative agencies. Beshear said additional groups will be invited to participate, including the attorney general.