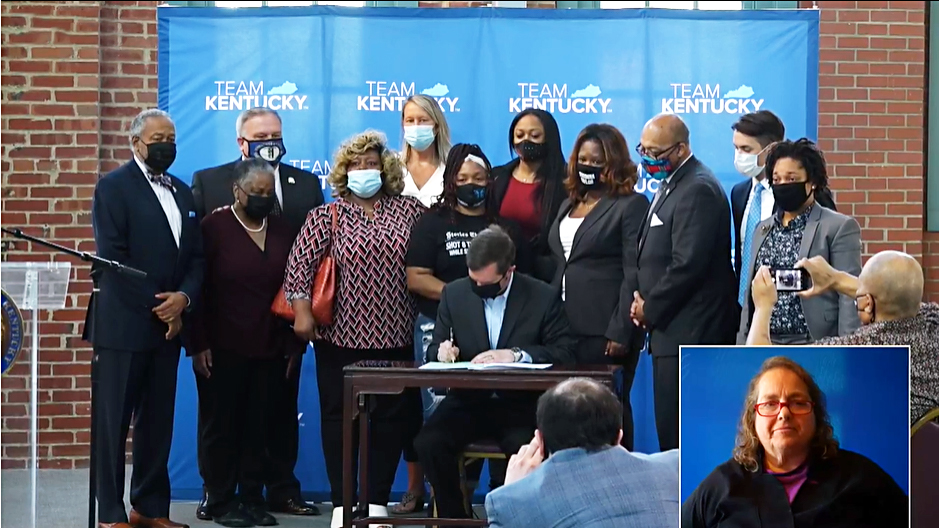 Calling it a beginning, Governor Andy Beshear signed Senate Bill 4 into law Friday morning. The KLC initiative limits the use of search warrants that authorize entry without notice and follows the death of Breonna Taylor in Louisville in March 2020. Taylor’s family joined the governor and bill sponsors at Friday’s ceremony to watch the bill become law. Beshear said Senate Bill 4 will help ensure another mother does not have to endure the pain felt by the Taylor family. 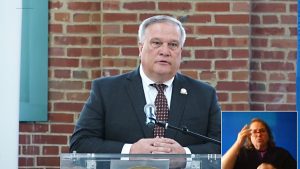 Senate President Robert Stivers (R-Manchester) sponsored the measure and spoke at Friday’s signing at the Kentucky Center for African American Heritage in Louisville. “I can’t change the past,” Stivers stated, “but I can hopefully change the trajectory of the future.”

Senate Bill 4 governs when law enforcement may use such a warrant and who can execute it. Senator Gerald Neal (D-Louisville) remarked that the bill is “very restrictive” and heralded its passage.

The legislation limits the use of a search warrant authorizing entry without notice to cases of violent crime and terrorism, or situations where prior notice would endanger lives or result in the destruction of evidence involved in a violent crime. A law enforcement supervisor must approve the warrant, a judge must sign off on the warrant, and prosecutors must be involved in the process. Police can only execute the warrant between the hours of 6:00 a.m. and 10:00 p.m., except in emergency circumstances approved by the court.

The bill limits the execution of such warrants to specially trained police teams, except in counties that have a population of less than 90,000. The court would have to approve the execution of the warrant in those counties by officers who are not part of a special response team. All officers executing the warrant must wear video and/or audio recording devices for the entirety of the action.

“This is meaningful change,” Governor Beshear said. “It will save lives, and it will move us in the right direction.”