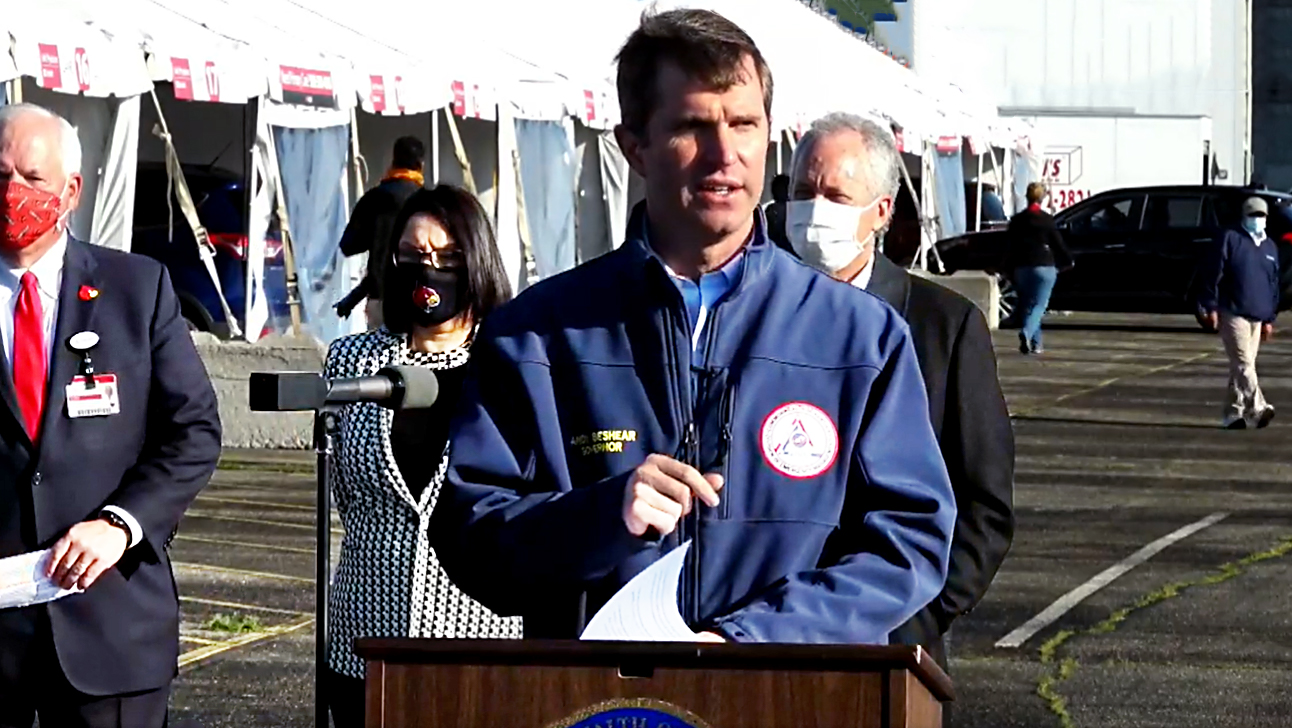 Governor Andy Beshear issued a vaccination challenge to Kentuckians Monday morning, promising to end most restrictions in the state if people hit the mark. The governor made the announcement at the opening of the state’s newest and largest vaccination clinic in the parking lot of the University of Louisville’s Cardinal Stadium.

The governor said the state would ease restrictions on most businesses and events when 2.5 million Kentuckians receive at least their first COVID shot. “When we do, when we have vaccinated 2.5 million Kentuckians, we will remove capacity restrictions for nearly all venues, events, and businesses that cater to a thousand or fewer patrons,” Beshear promised. He added that physical distancing restrictions and curfews on bars and restaurants would also be rescinded. Although, the governor noted that people would still have to wear a mask and major events would still have specific restriction measures.

Beshear argued the goal is attainable, highlighting that 1.55 million Kentuckians have already received their first dose. “We’re just a little over 900,000 Kentuckians off of that mark,” he said. The governor insisted Kentucky could hit the goal in as little as three-and-a-half weeks, although he admitted four to six weeks is more realistic. “It is all up to us,” he stated. “Every single individual’s choices can get us closer to that normalcy we’ve been looking for.”

The drive-through UofL vaccination site will operate for the next seven weeks ‒ except for April 29 through May 1, because of the Kentucky Derby, or during UofL graduation on May 8. Medical staff will provide shots in 28 lanes and anticipate administering 200,000 doses. It is one of more than 500 vaccination sites across the state. The governor stressed that nearly all locations now have available times to schedule a shot for anyone age 16 or older.

Appointments can be made for the UofL site at uoflhealth.org or by calling 502-681-1435. While appointments are encouraged, two of the lanes are reserved for people who do not have one.

You can learn more about vaccination sites available in all Kentucky cities at vaccine.ky.gov.