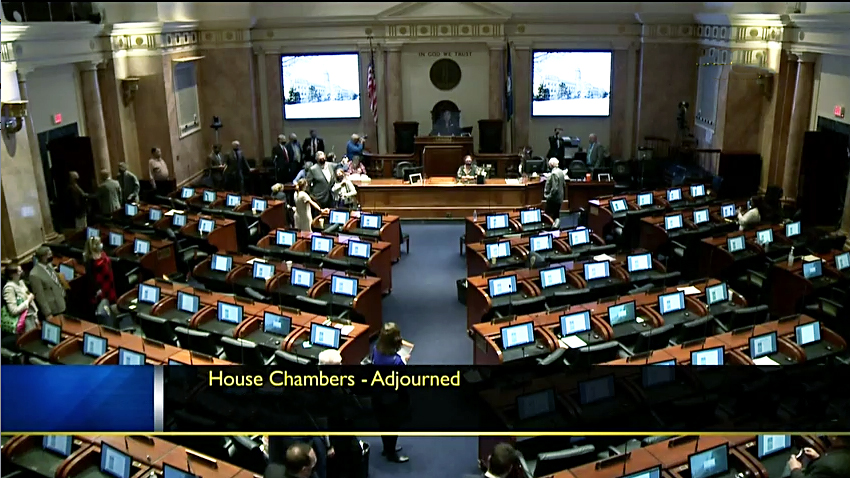 Legislators gave two more KLC initiatives final passage on Tuesday, the final day of the 2021 session. The bills address the need for COVID-related liability protections and the use of no-knock warrants by police departments. 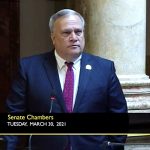 Senate President Robert Stivers (R-Manchester) sponsored both bills, which underwent a lot of collaborative revisions before Tuesday’s votes. Each bill had a House floor amendment that required the Senate to concur before sending the measures to the governor.

Representative C. Ed Massey (R-Hebron) carried Senate Bill 5, the liability protections bill, in the House. He stressed that the legislation only applies to the current COVID public health emergency and clearly defines how to apply liability protections. “The goal of this legislation is not to provide a blanket immunity,” Massey stated. “Any gross negligence, any willful or intentional misconduct, is not protected.”

Senate Bill 4 addresses the use of no-knock warrants. Representative John Blanton (R-Salyersville) carried the bill in the House. He explained the House revisions will help smaller law enforcement agencies in counties with populations below 90,000.

The House also added language that requires emergency medical services (EMS) personnel to be nearby when police execute a no-knock warrant.

The House passed Senate Bill 4 by a 92-5 vote, and the Senate unanimously passed the revised bill.

Legislators amended several bills on Tuesday to govern the use of some of Kentucky’s American Rescue Plan Act (ARPA) dollars. The state will receive billions from the federal relief bill signed by President Biden last month.

Language added to House Bill 382 provides $575 million to pay down the $865 million loan Kentucky took from the federal government to shore up the unemployment insurance trust. The bill includes $50 million for broadband and $140 million for all-day kindergarten.

Changes made to Senate Bill 36 provide $250 million for the Kentucky Infrastructure Authority to establish drinking water and wastewater grants ‒ millions of which will be available to municipal water services.

The Senate also approved the governor’s three appointments to the County Employees Retirement System (CERS) Board of Trustees: Lisle Cheatham, Bill O’Mara and Merl Hackbart. The CERS board will hold its first meeting April 1.

The 2021 Regular Session of the General Assembly ended just after 11:45 p.m. EDT on Tuesday. Unless Governor Andy Beshear calls a special session, legislators will not reconvene until January 4, 2022.