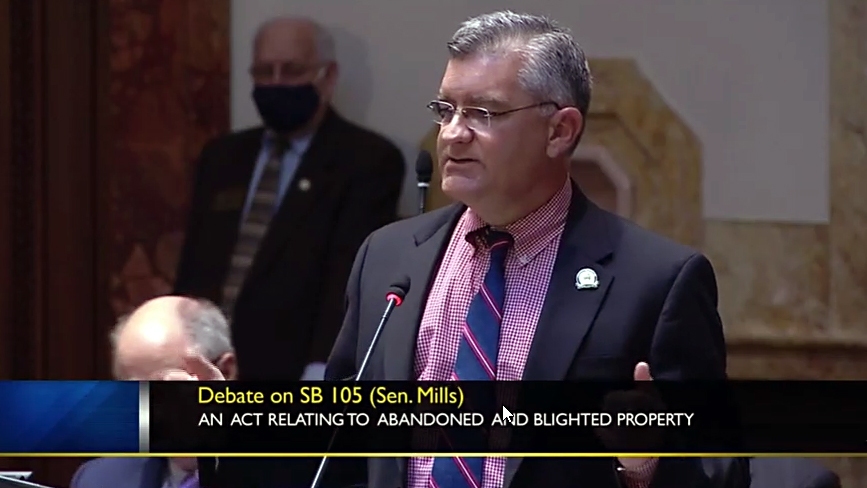 A KLC initiative to help cities deal with abandoned, blighted and deteriorated properties now heads to the House for consideration. The Senate passed Senate Bill 105 by a 24-11 vote. Senator Robby Mills (R-Henderson) spoke on the Senate floor about the need for the measure, which he said, “Will give local governments another tool to respond to the concerns of their citizens.”

Senate Bill 105 creates a process by which cities can seek a conservatorship for properties that are often the most difficult challenges a local government attempts to address. Mills told members of the Senate, “Abandoned and blighted buildings can attract crime, bring down property values and create a fire hazard.”

The measure sets specific and extensive requirements that a building must meet before a city can use conservatorship to bring such a property back into compliance. A facility must continuously remain vacant for at least one year, have repeated code violations, and have at least one of the three following conditions:

If a building meets the above requirements, a local government could petition a court to appoint a conservator to rehabilitate the facility. The petition would have to include copies of code citations with proof of service, photographs, a preliminary plan for rehabilitation, cost estimates, anticipated funding sources and a timeline for completion.

Conservatorship would not apply to properties that have been owned for less than six months, those actively marketed within the previous 60 days, those with an outstanding mortgage, or properties in foreclosure. A court-appointed conservator would develop an abatement plan and update the court and all interested parties on the progress.

Senator Mills stressed that the measure could not target low-income neighborhoods or simply unoccupied homes because the bill requires meeting multiple criteria before taking any action. “The bill sets a high bar to ensure only the most egregious and troublesome properties qualify,” Mills noted. 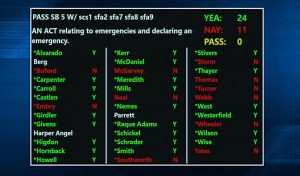 The Senate also passed Senate Bill 5. Senate President Robert Stivers (R-Manchester) filed the KLC initiative to help protect taxpayer resources from frivolous pandemic-related lawsuits. The measure provides liability protections for businesses and other entities deemed essential that remain in operation during the pandemic. Senators passed the bill by a 24-11 vote, sending it to the House.