Five KLC initiatives received final passage Friday in both the House and Senate, and two more moved one step closer to the governor’s desk.

The House concurred with changes the Senate made to House Bill 7. Representative Adam Bowling (R-Middlesboro) explained that the change simply added another member to the Recovery Ready Communities Advisory Committee called for in the legislation. House Bill 7 establishes the commission and a certification program for communities to be designated as “recovery ready.” 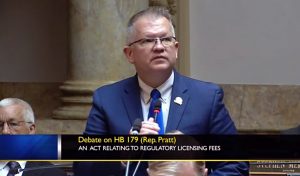 The Senate passed House Bill 179 by a 34-1 vote. Senator Danny Carroll (R-Paducah) carried the bill that makes a minor adjustment to the alcohol regulatory licensing fee legislation he sponsored in 2019. Representative Phillip Pratt (R-Georgetown) filed House Bill 179 to clarify that cities and counties that voted to go wet or moist between July 15, 2014, and July 15, 2018, can enact the fee within two years of the effective date of the act. 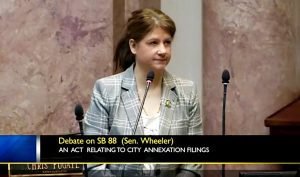 The House unanimously passed Senate Bill 88. Senator Phillip Wheeler (R-Pikeville) sponsored the bill, which was carried in the House by Representative Deanna Frazier (R-Richmond). The KLC initiative expedites and simplifies how cities file with the Secretary of State’s Office when their boundaries change.

Representative Michael Meredith (R-Oakland) carried Senate Bill 105. The House passed the bill by an 80-13 vote. Senator Robby Mills (R-Henderson) filed the measure to help cities deal with abandoned, blighted and deteriorated properties. The legislation allows cities to petition the court for a conservatorship to help bring condemned buildings back into code compliance. Representative Meredith explained that the bill takes a focused approach, requiring multiple criteria be met before a court could act and ensuring the court is involved in the process. You can read more on Senate Bill 105 here.

Once received, Governor Andy Beshear will have 10 days (excluding Sundays) to act on House Bills 7 and 179 and Senate Bills 88 and 105. 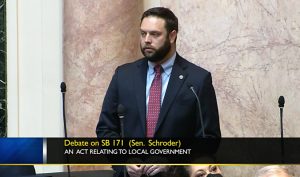 The House also passed Senate Bill 171 and Senate Bill 66, but those bills must go back to the Senate for concurrence. 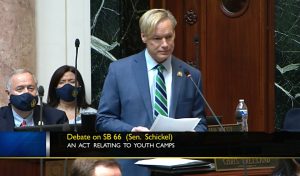 The legislature will meet in conference committees Monday, Tuesday and Wednesday of next week. The House and Senate do not reconvene again in chambers until Thursday.