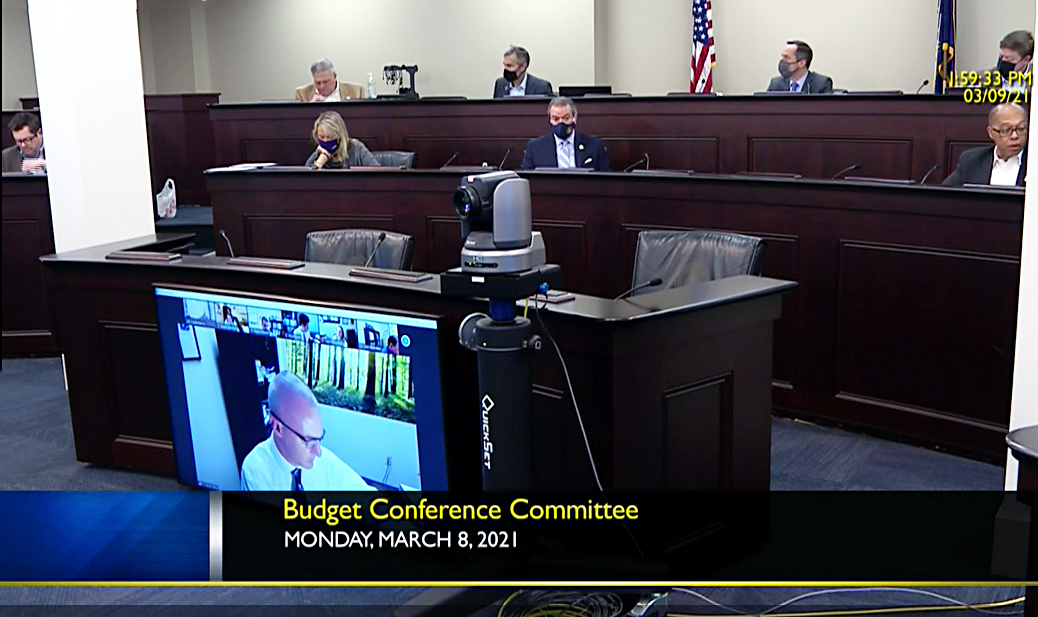 Legislators began the process Monday of hammering out a new one-year state budget. Members of leadership and the House and Senate Appropriations and Revenue Committees met for two hours in a Budget Conference Committee. They will draft a Fiscal Year 2022 budget based on revenue predictions from the Consensus Forecasting Group (CFG) and Governor Andy Beshear’s budget proposal.

The economists who make up the CFG approved a forecast in December that called for $12 billion in revenue for FY 2022 ‒ $125.9 million more in the General Fund than the enacted FY 2021 budget.

Governor Beshear outlined his ideal budget in January, and the House and Senate approved slightly different versions of a budget. Senate Appropriations and Revenue Chairman Chris McDaniel (R-Taylor Mill) stressed at Monday’s meeting that the bills approved at the start of the session by each chamber were designed to hasten the process. “The budget we put forward was largely a continuation,” he remarked.

Legislators only enacted a one-year budget in the 2020 session because the COVID pandemic created too much economic uncertainty for the legislature to pass a standard biennial budget. The Kentucky Constitution requires that any revenue measure passed in an odd-year session receive at least 60% of the votes in each chamber, making the process of hashing out an agreement in the conference committee even more important.

On Monday, committee members heard from Jenny Bannister, deputy director of budget review, about how the continuation budget differs from Governor Beshear’s budget.

Senate President Robert Stivers (R-Manchester) inquired about the need to add some pool funds for urgent needs that may arise from recent flooding. He pointed out that the emergency arose after the governor and legislators drafted the proposals that Bannister outlined on Monday.

The conference committee will meet again Tuesday at 9:00 a.m. EST.