Governor Andy Beshear issued more vetoes and signed more measures into law on Wednesday. His actions included the unexpected veto of a bill that would help cities provide splash pads and spray parks for the community. KLC and the bill’s sponsor are perplexed by the governor’s decision to veto the bill, which had unanimous bipartisan support.

The governor’s veto message for Senate Bill 171 misstates the language in the bill, which requires the Cabinet for Health and Family Services to promulgate administrative regulations for the operation and maintenance of splash pads operated by local governments. His veto message also states that the bill contains sections that are not germane to the title, “An Act Relating to Local Governments.” Two other provisions of the bill are about local government investments and reapportionment proceedings conducted by local governments after a U.S. Census.

Splash pads and spray parks continue to grow in popularity, but the state has not established any rules or guidelines for their operation. The oversight forced some communities to treat water play areas as swimming pools, even though spray parks and splash pads do not have pooling water or similar drowning risks. Senate Bill 171 clarifies that water play areas do not need water rescue equipment that is specific to pools, such as a shepherd’s crook or ring buoy, because of the lack of the standing water. 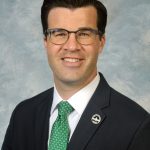 Senator Wil Schroder (R-Wilder) sponsored the measure and joined KLC in questioning the veto. “No one in the General Assembly voted against this bill, and I am not aware of any opposition,” he said. “It makes no sense for cities to have to continue to operate under the outdated regulations that apply to swimming pools and are not even relevant to splash pads. Imagine throwing a life preserver at a child that slipped at a splash pad, which has no pooling water. The thought is almost as ridiculous as this veto.”

Senate Bill 171 also specifies that regulations should include guidelines for the treatment and filtration of recirculated water. The bill will make splash pads and spray parks safer by requiring regulations focused on their unique operational issues and concerns.

Wednesday’s veto follows the governor’s decision on Tuesday to veto Senate Bill 105. Again, the governor’s veto statement misconstrued the pro­visions of the bill. The language in Senate Bill 105 is narrowly tailored to help cities deal with blighted and deteriorated vacant buildings and could not be used to seize the homes of nursing home residents ‒ the reason the governor cited for vetoing the bill. 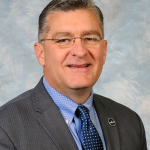 Senator Robby Mills (R-Henderson) spent several years working with KLC and officials in several cities on Senate Bill 105. He noted that the measure sets a high bar for property to be considered abandoned and blighted. “The governor’s veto is very disheartening as it shows he either did not read or understand the measure.” Mills added, “The bill clearly spells out multiple criteria that would have to pertain to a property before it could be considered for conservatorship, including being unfit for human habitation. These are not the homes of the sick and elderly but the drug havens and fire hazards that threaten entire neighborhoods.”

KLC Executive Director/CEO J.D. Chaney voiced frustration with the governor’s decisions. “These uncontroversial measures are vital to the growth and livability of our communities,” Chaney stated. “Not only did no legislator vote against Senate Bill 171, but legislators passed Senate Bill 105 with bipartisan support. The governor’s message on both measures misstates the contents of the bills. In fact, the veto message for Senate Bill 105 implies a potential impact that language in the bill clearly prohibits.

“KLC urges legislators to override these vetoes along with overriding the governor’s veto of House Bill 312 and House Bill 272. All four of these bills are important to cities and the quality of life of the citizens they serve.”

Beshear signed House Bill 9 into law on Wednesday. The #freeCERS phase two bill provides separate statutory structures for the County Employees Retirement System (CERS) and the state’s pension systems. It also tweaks House Bill 484, the bill legislators passed in 2020 that established an independent CERS Board of Trustees. You can read more on House Bill 9 here.

Legislators resume the 2021 session on Monday, March 29. They can vote to override the governor’s vetoes before they adjourn on March 30. Republicans hold supermajorities in each chamber, and it takes a constitutional majority to override a veto ‒ 51 votes in the House and 20 votes in the Senate.