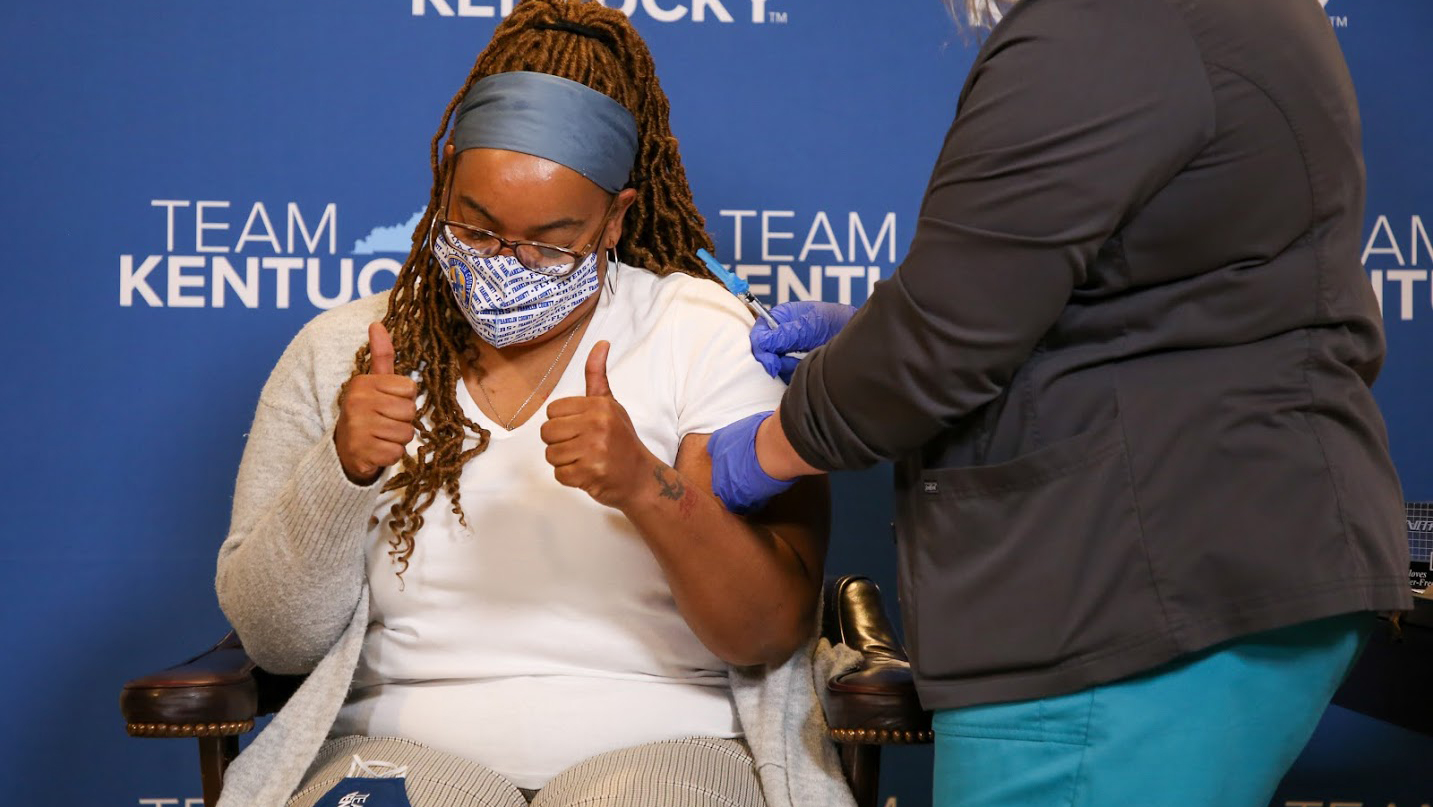 Kentucky reached a major milestone on Monday. Governor Andy Beshear, First Lady Britainy Beshear and Kentucky Public Health Commissioner Dr. Steven Stack watched as public health officials administered the state’s one-millionth COVID vaccine. “This is truly both a miracle of modern medicine and a tribute to so many Kentuckians whose tireless work made this possible,” the governor said. Kentucky received the state’s first vaccine doses in mid-December.

With the addition of 23 new deaths on Monday, Kentucky has now lost more than 5,000 people since the beginning of the pandemic. “Losing over 5,000 is a grim milestone in Kentucky,” Governor Beshear noted. Kentucky plans to establish a permanent memorial on the Capitol grounds to honor COVID victims.

The governor’s office established a Team Kentucky COVID-19 Memorial Fund to raise money for memorial construction. The governor promised the display will “remind future generations of the hardships that the entire commonwealth endured during this difficult time and the sacrifices we all made to overcome it.” Kentucky will soon ask artists to submit ideas and proposals for a memorial design. You can make a tax-deductible donation at teamkycovidmemorial.ky.gov.

Kentucky announced 396 new COVID cases on Monday with a positivity rate of 3.99%. The total number of Kentucky counties currently listed in the “red” dropped to eight. The governor also announced that the state removed group size restrictions for licensed childcare centers. However, facilities must still restrict visitors and follow all public health precautions.

Governor Beshear will release information on Thursday about when remaining Kentuckians will be eligible to receive their COVID vaccine. The governor said the state is on track to have most residents vaccinated by the end of May, but he stressed the timeline depends on vaccine supply.