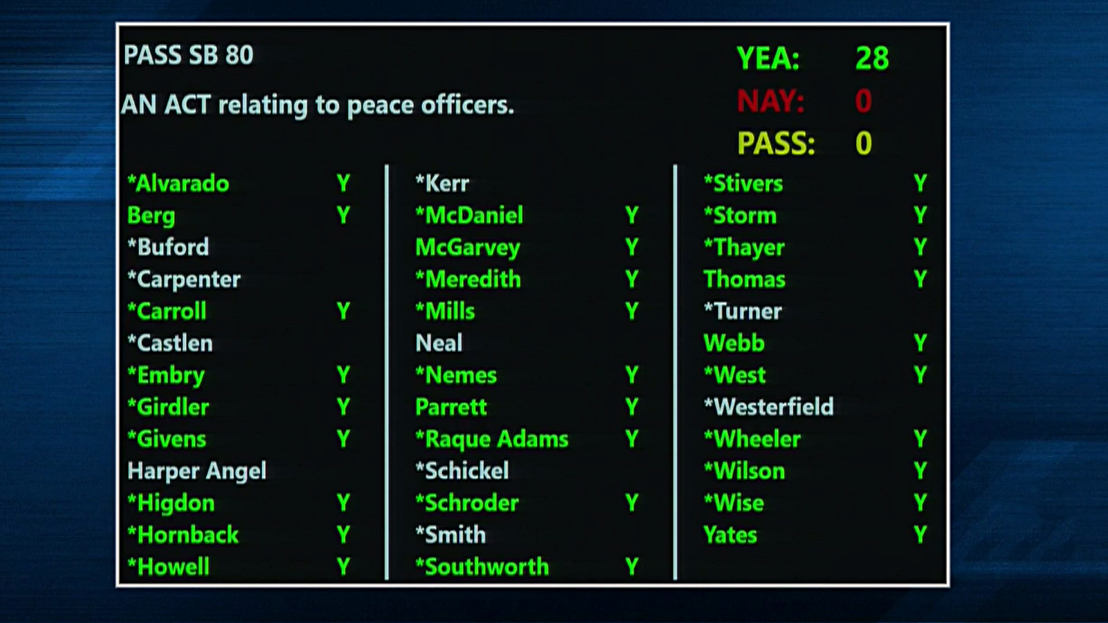 Senate Bill 80 strengthens the police decertification law KLC championed in the 2019 session. That legislation created a process for the Kentucky Law Enforcement Council to revoke a police officer’s certification to ensure troubled officers do not move from one department to another without anyone being aware of their problems.

Under Senate Bill 80, an officer’s certification would be immediately revoked for the following reasons:

The measure expands the number of acts considered professional wrongdoing to include unjustified use of excessive or deadly force, interference of the fair administration of justice, and engagement in a sexual relationship with a victim, witness, defendant or informant in a criminal investigation. The bill also requires an officer to intervene when another officer engages in unlawful and unjustified excessive or deadly force, and it prevents an officer from skirting decertification by resigning or retiring before an internal investigation is complete. 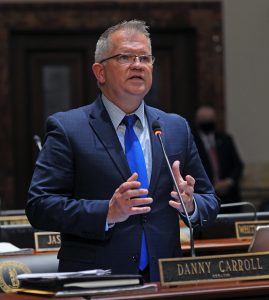 Carroll retired from the Paducah Police Department where he served for several years as assistant police chief. Speaking on the Senate floor, Carroll reminded members that good police officers are the sharpest critics of bad officers. “Let law enforcement be a part of reform,” he said. “The change has got to happen at the core.”

The Senate passed the measure 28-0. It now goes to the House of Representatives for consideration.