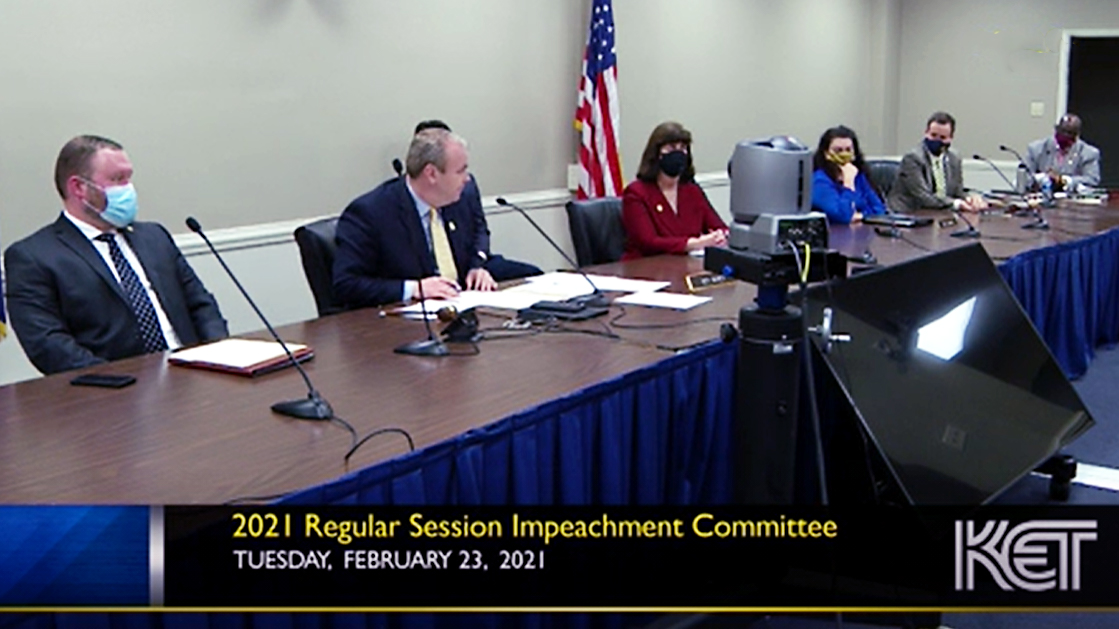 The special impeachment committee met late into the night on Tuesday before announcing it will take no further action on petitions filed against Governor Andy Beshear and Attorney General Daniel Cameron. Committee Chairman Representative Jason Nemes (R-Louisville) said the committee completed its work except for compiling expenses to bill complainants in each case.

House leadership formed the committee in January after receiving an initial petition seeking impeachment of the governor because of his COVID pandemic executive orders. Since that time, the House received additional petitions against the governor, Attorney General Daniel Cameron and Representative Robert Goforth (R-East Bernstadt).

The committee dismissed all complaints in earlier meetings, except for the original Beshear petition and the one filed against the attorney general that centered around the Breonna Taylor grand jury.

The committee issued a 31-page report and recommendation on the Beshear motion. The report notes that the petition did not reach the standard for impeachment. You can read the report on the Beshear petition here.

In both reports, the committee noted, “Impeachment is, and must remain, a very high hurdle. It must not be allowed to settle scores or relitigate policy disputes.”

The committee has asked both Beshear and Cameron to submit a bill of costs by March 3. The House clerk will bill those expenses to the petitioners in each case.