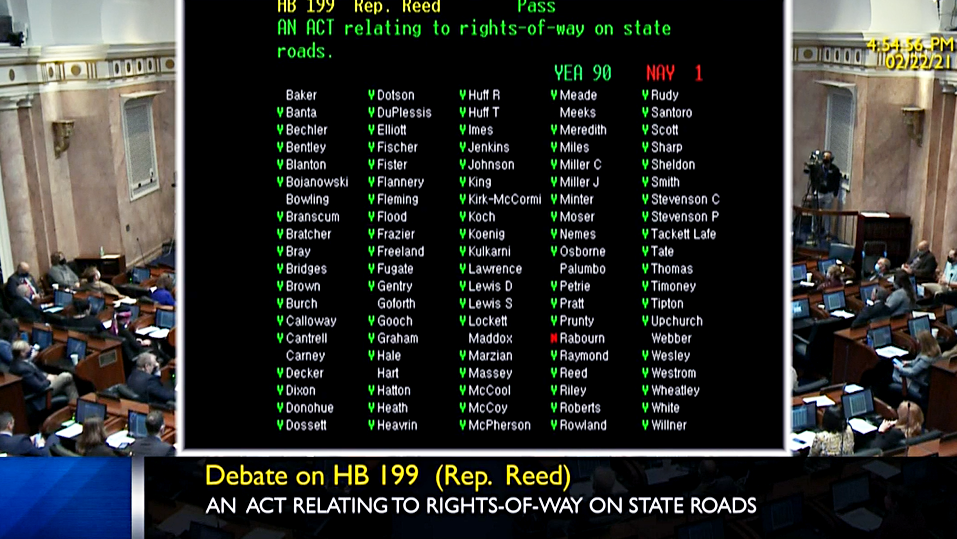 The House of Representatives overwhelmingly passed a KLC initiative Monday afternoon that will help cities deal with encroachment problems. Representative Brandon Reed (R-Hodgenville) sponsored the measure and told members of the chamber, “House Bill 199 will help keep our communities safe by ensuring that any contractor doing work on or near our roads has the proper permits.”

House Bill 199 updates Kentucky’s encroachment law by expanding the definition of encroachment and adding penalties for contractors who do not adhere to the rules. The bill includes in the definition any change from the original contour of land that is constructed, created, or implemented under, on, or over the right-of-way of a state-maintained road, as well as any change to the contour of land that would hinder or prevent the use or maintenance of a road or right-of-way.

The bill requires anyone encroaching on a state-maintained road to obtain a permit from the Transportation Cabinet, which can also order the removal or relocation of nonpermitted encroachments at that violating person’s expense.

Civil fines would go to the municipalities in which the violation occurred to be used for public safety or infrastructure purposes. The House passed the bill by a 90-1 vote, sending it to the Senate for consideration.