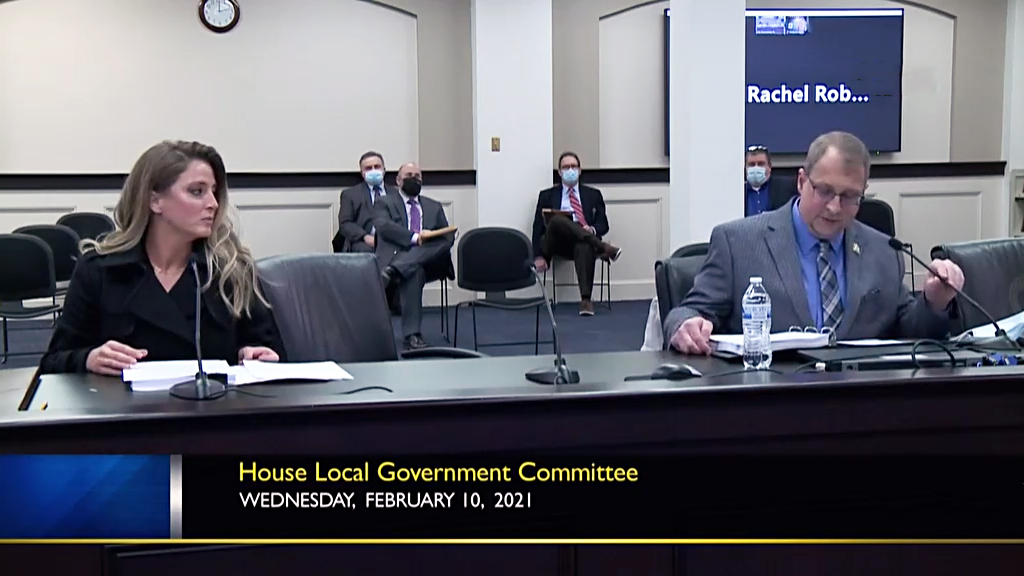 Nearly a year after passing legislation to #freeCERS, legislators began the process Wednesday of enacting phase two of the initiative. The House Local Government Committee unanimously passed House Bill 9. The measure creates separate statutory structures for the County Employees Retirement System (CERS) and the Kentucky Retirement Systems (KRS) to ensure actions taken for one do not unduly impact the other.

Representative Russell Webber (R-Shepherdsville) sponsored House Bill 484 in the 2020 session and he filed House Bill 9 this year. He told members of the committee that the 2021 measure fulfills a promise made in Section 1(2) of House Bill 484 to enact legislation in the 2021 Regular Session that creates separate statutory structures for benefits currently shared by the two systems while retaining statutes that relate to administrative provisions.

House Bill 484 created a nine-member CERS Board of Trustees that has a singular fiduciary duty to CERS. The bill retains a nine-member KRS Board of Trustees to manage the state’s pension systems — the Kentucky Employees Retirement System (KERS) and the State Police Retirement System (SPRS). Both systems will function within one administrative structure, the Kentucky Public Pensions Authority (KPPA). The new boards and KPPA take effect on April 1.

Continued advocacy from the Kentucky League of Cities and 22 other employer and employee groups led to the passage of last year’s bill. KLC Director of Public Affairs Bryanna L. Carroll testified on Wednesday with Representative Webber on the provisions of the new measure.

Both Webber and Carroll stressed that House Bill 9 is highly administrative in nature and does not impact pension benefits, the General Assembly’s authority over any pension system, nor employer contribution rates. The bill makes the following changes:

KRS requested to add a few provisions to House Bill 9. One addition exempts the KPPA chief investment officer and deputy chief investment officer from KRS Chapter 18A to allow more comparable salaries to similar pension systems. Additionally, KRS requested that the new CERS Board of Trustees be allowed to form before April 1. However, the board may not take any official action until that date.

The House of Representatives could vote on House Bill 9 next week.