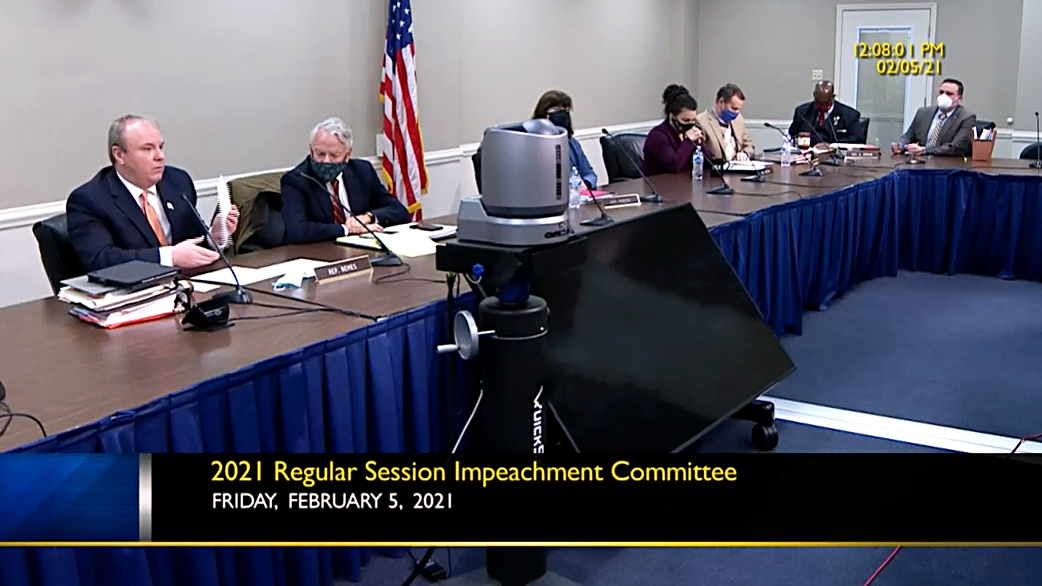 Four citizens submitted a motion in January that sought to remove the governor for his COVID executive orders. Two political groups filed additional petitions on Monday. The committee dismissed the two new petitions. Committee Chairman Representative Jason Nemes (R-Louisville) called them insufficient because they “did not meet statutory requirements.”

The committee sent a letter to the governor requesting additional information on the original petition. The letter states that the Governor’s Office failed “to produce the requested information” originally asked for last month and stated that the lack of response “delayed the process for this Committee.” Friday’s letter restated the list of needed documents, which includes communications concerning any executive order covering church services and interstate travel.

A letter sent to Cameron seeks copies of any audio recordings or transcripts of the instructions given to the grand jury that investigated the Breonna Taylor shooting. Three members of the grand jury filed the petition to impeach the attorney general, citing concerns with his handling of the case.

Both letters request a response by 6:00 p.m. EST Monday, February 8.

Ten complainants submitted the petition against Goforth, citing a grand jury indictment accusing the representative of strangulation and assault.

Nemes said the group was working as quickly as possible, but he acknowledged that he could not provide a timetable for when the committee might resolve the complaints. “The committee will do its work,” he replied. “It is important work. We also understand that timing is important as well.”

The Legislative Research Commission will post online all correspondence and documents related to all three cases as soon as they are available.