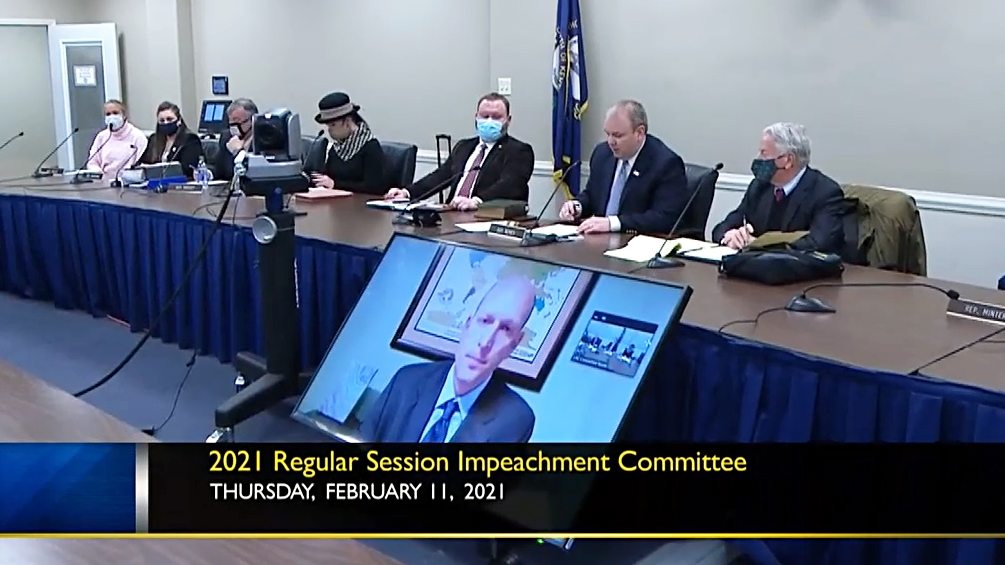 The Impeachment Committee dismissed a complaint filed against Representative Robert Goforth (R-East Bernstadt). The ruling came late Thursday night after testimony from two expert witnesses who said the Kentucky Constitution does not allow for the impeachment of a legislator. The committee also dismissed a new petition filed this week against Governor Andy Beshear. The group continues to review the original complaint against the governor and one filed against Attorney General Daniel Cameron.

Thursday’s meeting started late due to a lengthy House session. Members did not formally vote to dismiss the two petitions until shortly before 10:00 p.m. EST. The committee also approved a motion from Randall Daniel, one of the original complainants against the governor, who asked to be removed from the case.

UK law professors Josh Douglas and Paul Salamanca testified that impeachment only applies to the governor and civil officers. Both men noted that Section 39 of the Kentucky Constitution requires legislators be expelled by a two-thirds vote in the member’s chamber.

The committee met in closed session after the testimony before returning to vote on the motion to dismiss.

Representative Jason Nemes (R-Louisville), who chairs the committee, stated the group would meet again next week. He did not provide a date or time for the meeting.

You can find copies of correspondence and documents related to the Impeachment Committee here.