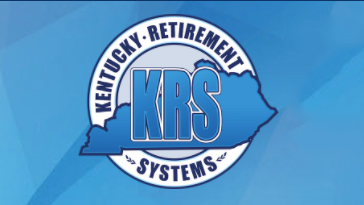 Two members of the Kentucky Retirement Systems (KRS) Board of Trustees resigned their positions, including Board Chairman David Harris. Former Governor Matt Bevin appointed Harris in 2016 and Trustee Matthew Monteiro in 2017. The board elected Harris chairman in 2018. A news release from KRS does not give a reason for either man’s resignations, both of which are effective April 1.

Elected CERS trustees serving on the current KRS Board of Trustees will move to the new CERS board in April ‒ they include Betty Pendergrass, David Rich and Jerry Powell. Gubernatorial appointees Joe Brothers and J.T. Fulkerson will also switch to the CERS Board. Brothers represents the Kentucky School Boards Association (KSBA) and Fulkerson represents KLC. The governor will appoint the remaining CERS Trustees from lists provided by KLC, the Kentucky Association of Counties (KACo) and KSBA. Both the CERS and KRS Boards of Trustees will have nine members, as opposed to the 16 positions on the current KRS Board.

KLC Director of Public Affairs Bryanna L. Carroll said the transition to a new CERS Board of Trustees is progressing smoothly. “We have provided Governor Beshear a list of three excellent candidates to represent cities on the new board, and we look forward to his selection,” she said. “Representative Webber is again working with us to draft follow up legislation that will provide the statutory separation called for in last year’s House Bill 484. We appreciate his dedication to this issue and the support of the many legislators who continue to champion independent governance of the local pension system.”

Webber (R-Shepherdsville) has called the 2021 legislation “phase two of House Bill 484.” It will create an independent statutory structure for CERS benefits while retaining shared statutes for the administration of pension systems under KPPA. The bill will not impact any CERS, KERS or SPRS benefits.