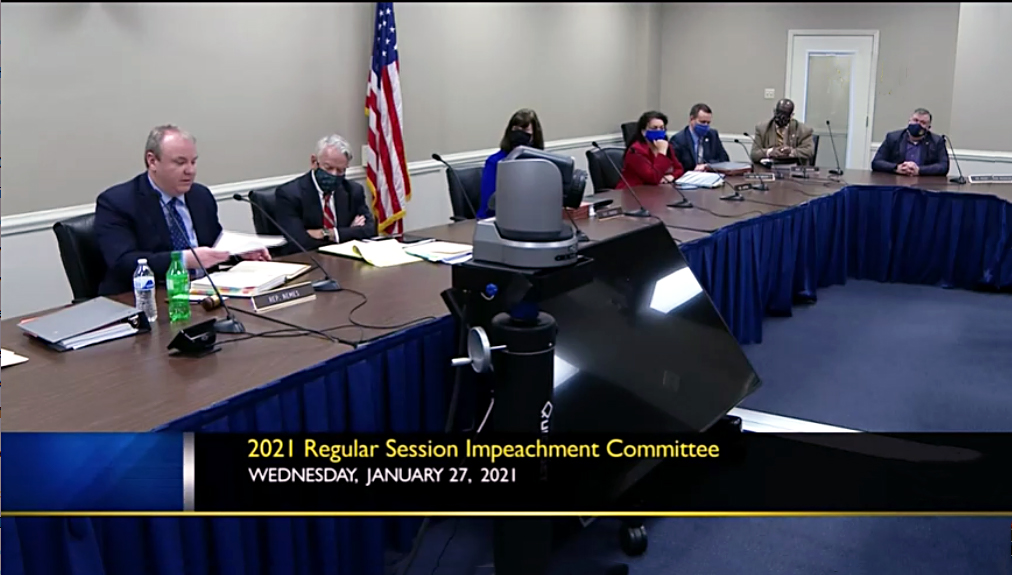 The committee reviewing an impeachment petition filed against Governor Andy Beshear met for the second time on Wednesday. Members stayed in a closed executive session for more than two hours. When legislators returned, Chairman Jason Nemes (R-Louisville) announced that one of the four men who signed the paperwork asked to be removed from the complaint.

An attorney representing Randall Daniel emailed a letter to the governor’s general counsel stating that Daniel regretted signing the impeachment petition. Nemes said a copy of the letter will be posted online. The committee also voted to post a copy of the governor’s response and the follow-up response submitted by the other three complainants.

The impeachment committee hired attorney Ken Westberry to represent the members. Additionally, Nemes revealed that the group will send a letter to the governor requesting more information. Nemes would not provide details on what the requested information entailed.