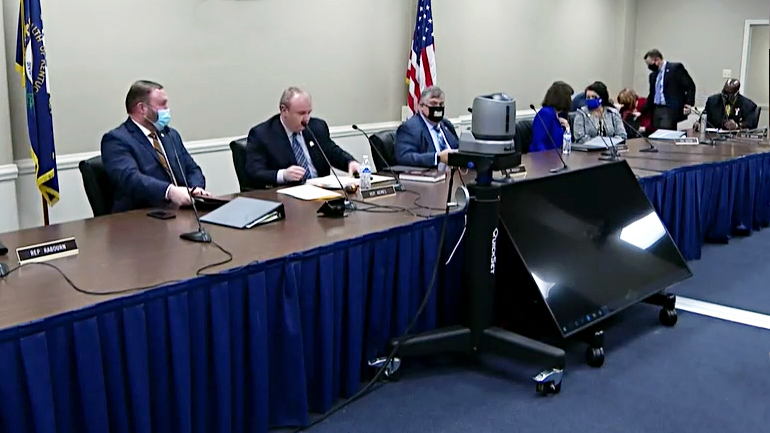 An impeachment committee taking up a complaint filed against Governor Andy Beshear met for the first time late Wednesday afternoon. Legislators approved rules before going into closed session to talk about their next steps. Representative Jason Nemes (R-Louisville) reported that the committee decided to proceed with written responses.

Some Democratic members raised concerns about the brevity of the rules, but Nemes noted they match the same parameters used by prior impeachment committees. He promised a fair and open process. “This will not be done behind closed doors,” he said. “Anything we do will be done in the open.”

Four citizens filed the petition, which can be found here, citing the governor’s executive orders during the COVID pandemic as grounds for impeachment. The committee requests a written response from Governor Beshear by January 22. The petitioners will then have until January 26 to reply to the governor’s remarks.

Nemes said both sides will be given information on the next steps. Additionally, he noted that state law requires the petitioners to pay the expense of the action if the committee does not recommend moving forward with impeachment.

Speaker David Osborne (R-Prospect) confirmed on Wednesday that the House also has received an impeachment petition for Representative Robert Goforth (R-East Bernstadt). A grand jury indicted Goforth last year on assault charges after a domestic incident. He has pleaded not guilty in the criminal case.

Osborne said the same committee will handle the Osborne complaint; however, he questioned if the group has such authority. Osborne pointed out that the Kentucky Constitution explicitly states that the ability to expel a member of the House of Representatives rests solely with the House.

Representatives on the impeachment committee include the following: