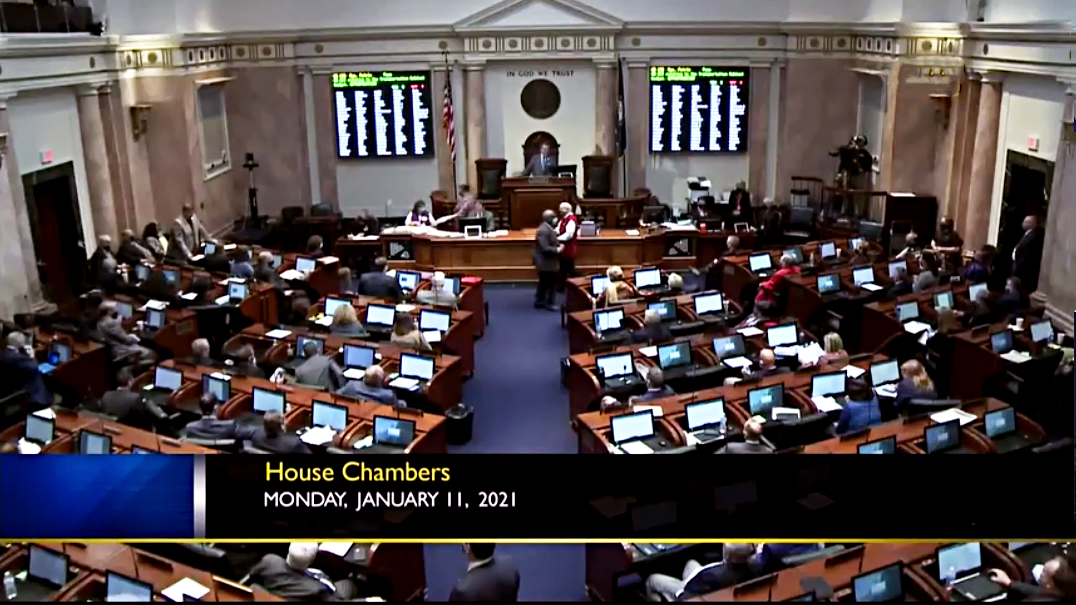 Legislators began the process of approving a new one-year state budget. The House passed House Bills 192, 193, 194 and 195 Monday afternoon after the House Appropriations and Revenue Committee approved all four measures earlier in the day. The bills deal with the executive branch, transportation, legislative and judicial budgets.

Committee Chairman Jason Petrie (R-Elkton) noted that the House’s actions helped speed up work on the budget. The House and Senate must approve their own spending plans before a conference committee can agree upon a final version. “These will be process bills,” Petrie stated before Monday’s vote, “not substantive bills.”

Legislators enacted a one-year budget in the 2020 session because of the economic uncertainty the COVID pandemic created. That means legislators must pass a one-year plan for Fiscal Year 2022 in the 2021 session. However, this is not a budget year for the legislature. The Kentucky Constitution requires that any revenue measure passed in an odd-year session receive at least 60% of the votes in each chamber.

Odd-year sessions run only 30 days, half the length of even-year sessions. Legislative leadership has said that the tight schedule will require much of their attention to go to crafting the new spending plan.

Legislators will have more money to allocate in the FY 2022 budget than originally anticipated. The Consensus Forecasting Group (CFG) projects the amount of revenue Kentucky can expect for each budget year. In December, the economists who make up the CFG approved a plan that added $125.9 million to the General Fund compared to FY 2021. Additionally, Kentucky has $613 million in onetime federal pandemic funds. However, Petrie warned, “Revenue projections are slippery things.” He voiced concern that an unprecedented amount of unemployment benefits and federal stimulus may have artificially inflated Kentucky’s budget.

Governor Andy Beshear outlined his budget proposal last week, including plans for Coronavirus Aid, Relief and Economic Security (CARES) Act surplus. He requested that legislators approve an emergency measure to create a $200 million small business relief fund. Petrie filed the proposal as House Bill 191, but the committee did not vote on the measure on Monday because of what Petrie called technical issues with the legislation.

Petrie said legislative leadership will continue to meet with the governor’s office to hash out differences with the budget. “The analysis will remain tight and thorough, and it will be prudent,” he stated. “We will be the best stewards possible for the money that taxpayers send up here for us to spend responsibly for their best benefit.”

The Senate Appropriations and Revenue Committee plans to vote on the measures Tuesday morning. House Speaker David Osborne (R-Prospect) expects a House and Senate conference committee to meet while legislators are in recess, from January 14 to February 2.