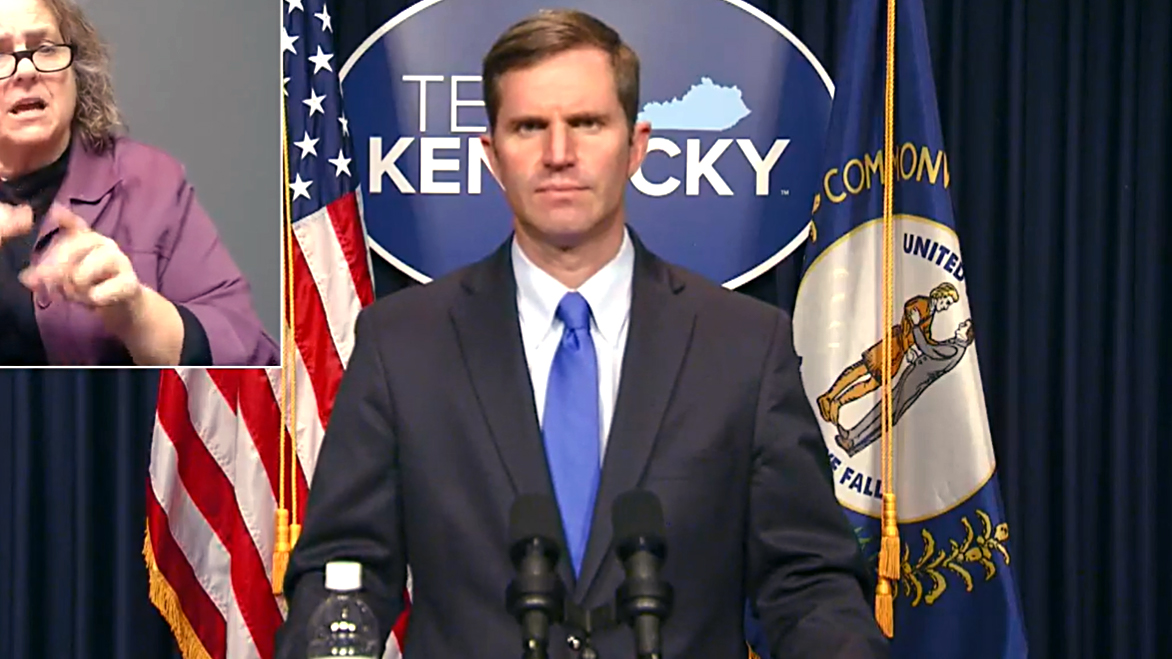 Governor Andy Beshear vetoed five measures passed in the first days of the 2021 session. The vetoes of Senate Bill 1, Senate Bill 2, House Bill 1, House Bill 2 and House Bill 5 were expected. Beshear argued on Tuesday afternoon that the measures limiting executive powers during the pandemic threatened Kentuckians’ safety and said vetoing the measures was his “constitutional obligation.”

Senate Bill 1 limits the governor’s emergency powers to 30 days without requiring legislative action. It includes a provision that allows a locally elected officer or the legislative body of a local government to request an extension of an emergency order. Beshear’s veto message for Senate Bill 1 states that the bill “unconstitutionally interferes with the governor’s power and responsibility to confront emergencies.”

House Bill 1 allows businesses, schools and local governments to remain open for in-person services during the pandemic. The governor’s veto message on House Bill 1 labels the bill unconstitutional and impractical and says it would severely hamper the state’s ability to take steps needed to protect people and the economy.

House Bill 2 gives the attorney general authority to enforce Kentucky’s abortion laws, a responsibility that currently resides with the Cabinet for Health and Family Services. Governor Beshear vetoed a similar bill in the 2020 session, but legislators did not have a chance to override that veto.

House Bill 5 requires the governor to receive legislative approval before reorganizing any state board. Beshear’s veto message says the measure “would remove a necessary tool for the governor to ‘faithfully execute the law’ under Section 81 of the Kentucky Constitution.”

Legislators will return for part two of the session on February 2. They could vote to override the governor’s vetoes at that time, and Beshear has previously said he anticipates the bills ending up in court. However, the governor stated on Tuesday that he is willing to discuss the possibility of a compromise with legislative leadership. What form such an agreement could take was not provided.