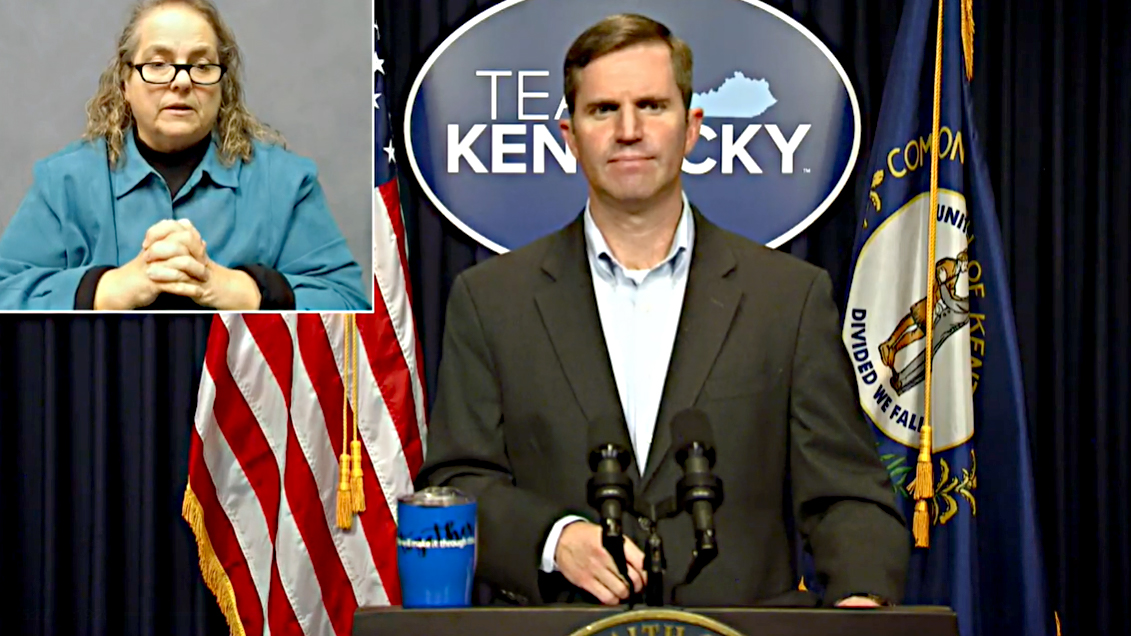 Kentucky released new information on Monday about the COVID vaccine rollout and where different populations fall on the schedule. The announcement followed words of frustration from Governor Andy Beshear about the state’s slow pace of vaccine distribution. Another round of legislators and public figures received the shot Monday morning to show support and encourage participation.

Health officials began giving Kentucky health care workers the vaccine on December 14. Kentucky has received more than 120,000 doses of vaccines so far, and the state has administered 60,414 ‒ most to health care workers. Governor Behsear said in Monday afternoon’s update that health care officials need to move faster. “I am not satisfied by the pace of the vaccination here in Kentucky,” he stated.

Health officials reported a new high for a Monday with 2,319 new cases. However, the governor indicated that some of the spike may be due to a reporting lag caused by laboratory closures over holiday weekends. Monday’s positivity rate was 11.2%, and there were 26 additional COVID-related deaths.

Public Health Commissioner Dr. Steven Stack released new information on Monday about the state’s vaccination schedule. It will be provided in the following phases:

“We are committed to getting this done quickly, efficiently and the best way we know how,” Dr. Stack said. “We are committed to ramping up the pace considerably.” The Department is telling facilities that receive the vaccine that doses should be given within one week. “The goal is to not have vaccines sitting in a freezer,” Dr. Stack insisted.

While groups administering the vaccine are asked to provide shots through the established phases, Dr. Stack stressed that they will be able to vaccinate 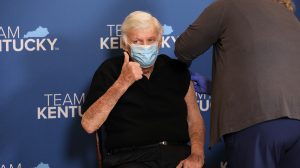 people out of order. “The goal is not to focus on who is getting it,” he added, “but to roll it out as fast as possible.” 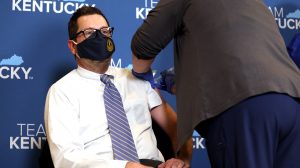 Dr. Stack urged state leaders to receive the shot to ensure the continuity of state government and to demonstrate support for the vaccine. Several other state leaders, legislators and Governor Andy Beshear have already received the first shot.

House Majority Floor Leader Steven Rudy (R-Paducah) was among the group of legislators inoculated Monday morning. “Public health officials on both the state and national level have advised that getting this vaccination is critical to building public confidence in its safety,” he remarked. “I am here today to do just that. As availability increases statewide and we enter new phases of the distribution plan, I urge Kentuckians to consider getting vaccinated.”