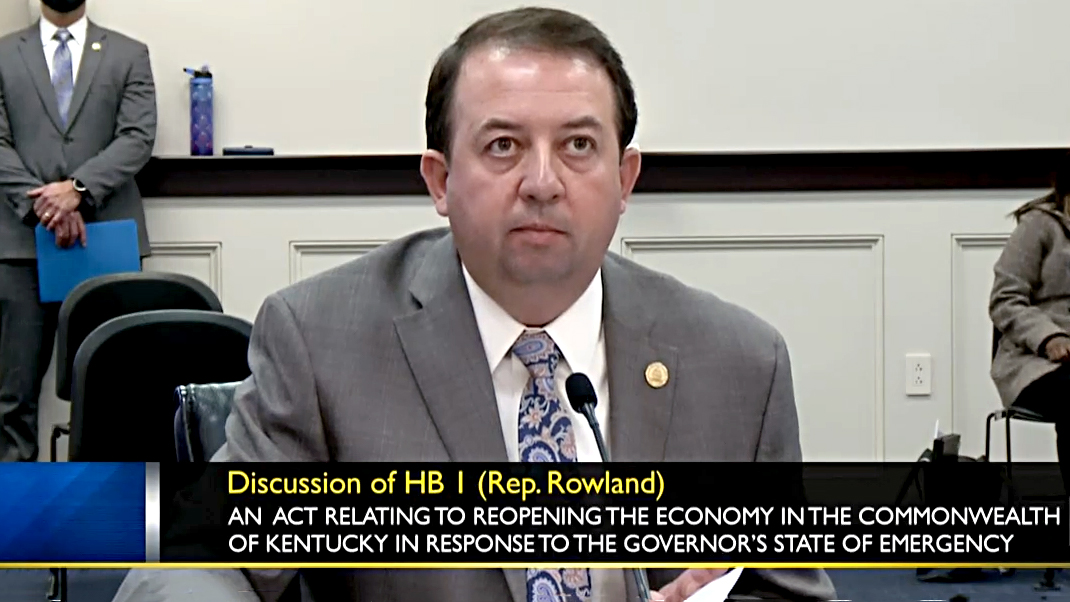 Committee members passed the top pieces of legislation for the House and Senate on Wednesday ‒ bills that focus on executive branch powers during a declared state of emergency. Both House Bill 1 and Senate Bill 1 could receive votes in their respective chambers on Thursday. Several other measures filed in the first days of the 2021 session address the current pandemic and efforts taken by the governor and public health officials to curb the spread of the virus.

The House State Government Committee approved House Bill 1. Representative Bart Rowland (R-Tompkinsville) sponsored the legislation to provide businesses and local governments a way to remain open during a declared statewide emergency. House Bill 1 would only be effective through January 31, 2022, or the end of the current executive order declaring a public health emergency.

The Senate State and Local Government Committee passed Senate Bill 1 and Senate Bill 2. The measures, filed by Senator Matt Castlen (R-Owensboro) and Senator Stephen West (R-Paris), respectively, address the governor’s powers to issue executive orders and administrative regulations. “It’s no doubt 2020 has been an extremely tough year,” Castlen acknowledged in a speech on the Senate floor Tuesday afternoon. However, he argued that the pandemic brought to light some needed changes. “Total power can be reckless,” he said, “and government should always be kept in check.” 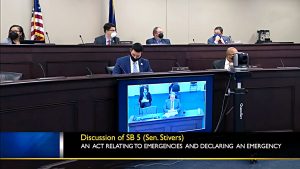 Several other bills filed in the first two days of the session pertain to the current public health crisis. Senate President Robert Stivers (R-Manchester) sponsored Senate Bill 5 to provide liability protections for businesses and other entities deemed essential that remain in operation during the pandemic. “If declared essential and mandated to stay open, should they not be afforded the protection of the commonwealth?” Stivers remarked to the Senate State and Local Government Committee, which discussed the bill Wednesday afternoon but did not vote on the measure. Stivers stressed that the protections would not apply to entities that do not follow public health guidelines.

The KLC Board of Directors voted liability protections a top legislative priority for cities in the 2021 session, along with transportation funding, revenue diversification and economic development. You can read more on the KLC Legislative Agenda here.