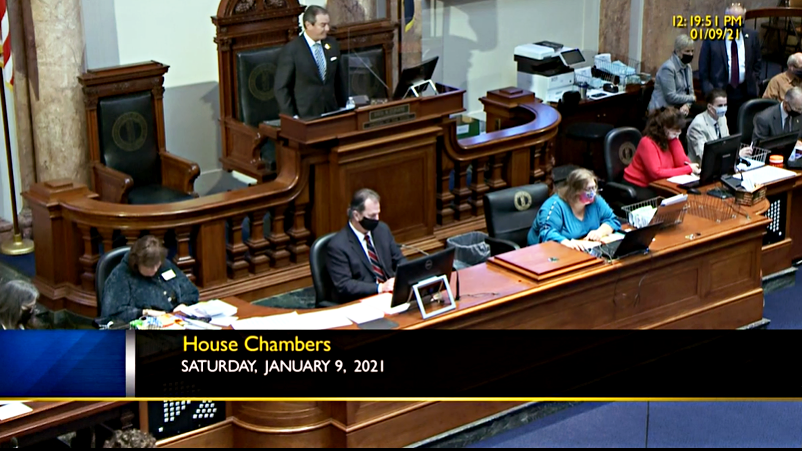 The opening week of the 2021 session stretched into Saturday as the Republican majorities worked to quickly pass some of their top priorities. Legislators voted Saturday afternoon to send several bills to the governor, including House Bill 1, Senate Bill 1 and Senate Bill 2. Super majorities in each chamber should be enough to override any veto, but Governor Andy Beshear has stated that he expects the measures to end up in court.

House Bill 1 allows businesses, schools and local governments to remain open for in-person services during the pandemic. Changes made on Saturday to the language of the bill say such entities can remain open if they have a plan of action posted and meet the least restrictive requirements, either those set by the state or the Centers for Disease Control and Prevention (CDC). The measure also allows struggling employers to delay paying unemployment insurance without incurring interest or past due penalties, ensures child visitations can continue, and permits visitation for long-term care patients or those in end-of-life situations. The House concurred with Senate changes by a 74-21 vote, giving the bill final passage.

Senate Bill 1 limits the governor’s emergency powers to 30 days without requiring legislative action. It includes a provision that allows a locally elected officer or the legislative body of a local government to request an extension of an emergency order. “That’s only for that local government area,” Representative James Tipton (R-Louisville) explained, “and only for the time requested by the local official.” Tipton carried the bill in the House. The measure received final passage when senators concurred with House changes by a 26-5 vote. 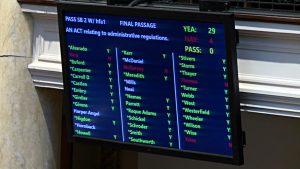 The Senate also approved House changes on Senate Bill 2 by a 29-4 vote, giving that bill final passage. Senator Stephen West (R-Paris) sponsored the measure that limits the ability of the governor and governmental agencies to issue emergency regulations. Representative Bart Rowland (R-Tompkinsville) successfully amended the bill to allow the Administrative Regulation Review Subcommittee to find a regulation deficient if the proposing agency failed to comply with notice provisions ‒ a top legislative priority for cities.

The session will continue on Monday, Tuesday and Wednesday of next week. Legislators will then take a break until February 2. The constitution mandates the 30-day session to adjourn by March 30.